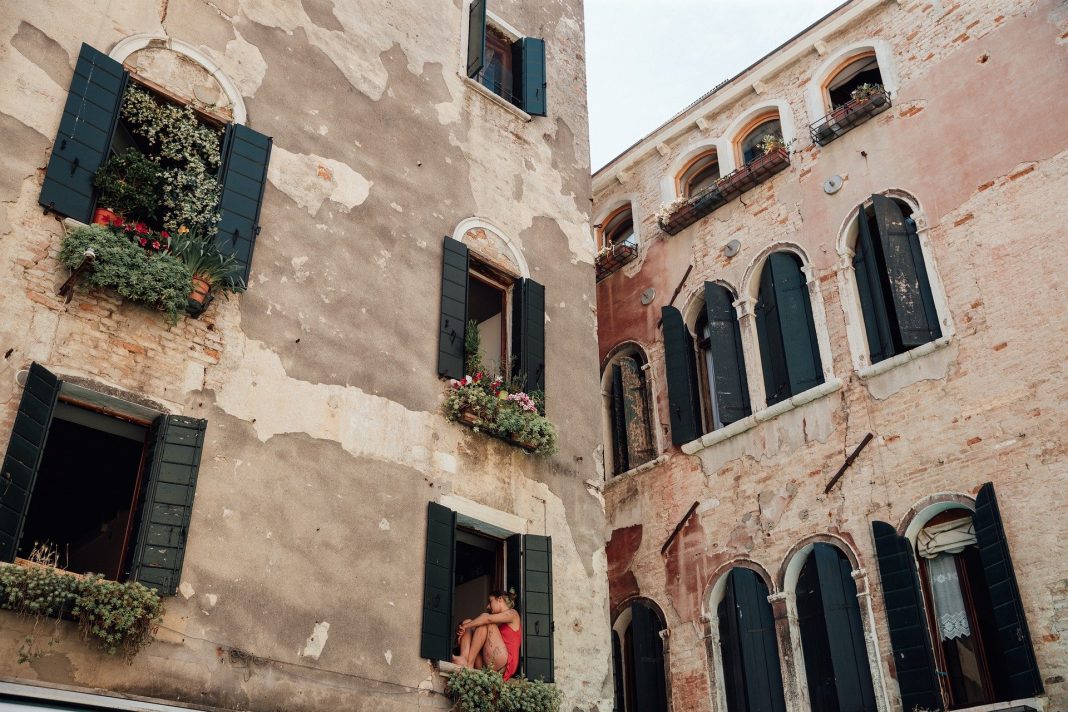 A few years back, in 2017, the world witnessed a historic moment when TechCrunch founder, Michael Arrington, bought an apartment in Kyiv, Ukraine, by cryptocurrency. It will only be fair to say that history is about to repeat itself as this time Arrington is selling his apartment through a non-fungible token. The deal was locked through an auction and the apartment was sold to the highest bidder, the starting price for the bid was $20,000.

Arrington’s apartment was the first-ever property to be sold for USD 60,000 worth Ethereum and the founder of TechCrunch seems to be very excited about it. This innovative deal caught the attention of the whole world and almost every media outlet, from every corner of the world, covered the news.

In an interview with the crypto news agency Arrington said:

“We are increasingly excited about the role of NFTs in Defi. With homes and really anything in the real world being tokenized, you can plug that physical item into Defi, assuming the legal niceties are ironed out, and that’s fascinating.”

The process of this deal was different from the one used traditionally, as the property was owned in Ukraine and was recorded there as a US LLC. The new owner of the apartment, after winning the auction, became the owner of the NFT giving its rights to LLC with Arrington signing the proprietary developed legal papers for NFTs to transfer its ownership to all the future buyers.

The real estate company developed smart contracts for this deal, as this framework is applied in the US market, the company is planning on specifically designing a platform for all the future real estate NFT deals.

To make this deal happen, Propy partnered with the Seen Haus to organize the bidding and Helio Lending to secure financing for future real estate NFT owners.

A press release from Propy explained,

“The Kyiv property is owned by a USA-based entity, the new owner of the NFT will become the owner of the entity and thus the property itself. This process is repeated every time the NFT is resold.”

Tim Draper, a blockchain investor, supported Propy and he asserted that through their online platform they have until now completed the transactions of almost $1 billion.

To complete this particular deal, the new owner will have to pay Propy a certain ‘normal gas fee’ and the transaction will be made on the Ethereum blockchain using ether (ETH). We know that this may sound unpleasant to you but according to Propy,

“We know [gas fees] are high, but it’s real property and there are no additional ownership transfer fees needed to be paid by you.”

The apartment in discussion is reported to be a studio apartment, with a full kitchen and a full bathroom, the apartment walls are decorated by a Kyiv graffiti artist Chizz and this artwork is also digitized in NFT form and will be included in the package of the bid winner.

NFTs are taking the world by storm and have revolutionized the market but their application in real estate. This is something very new to the world, although this deal has made a huge success it has given birth to some important questions also, some people still doubt the implication and usage of NFTs in real-world items since NFTs are mostly used to provide users the ownership to virtual products, for instance: clothing, weapons and virtual real estate.

With this deal, Natalia Karayaneva, CEO of Propy, and Arrington are answering those questions that confuse the minds of many.

Although, this is a great development to many some are still questioning why a property bought in cryptocurrency with a smart contract needs to attach NFTs to it now? Doesn’t the smart contract solve all the problems? And what do these tokenized deeds have to offer for the future?

The answer to this is very simple, initially, the idea of NFTS was taken as deeds and the feature that makes them different from smart contracts is how transferrable it is. The NFTs can be transferred from one owner to the other, in other words, you can transfer the ownership but for a smart contract, it is a very complex process and you have to kind of organize the transfer. Tokens are easy to be transferred as compared to smart contracts and are not that complex.

Talking to coindesk.com Arrington asserted, “The move is no mere NFT gimmick, it could one day open the doors to novel lending and borrowing schemes in the world of decentralized finance (Defi)”.

If we think about the adoption of NFTs on a larger scale, we wouldn’t have to worry about it because real estate is a symbol of wealth and with the prices of properties and assets increasing every other day we can easily figure out their future together. As we all know the NFTs are not that expensive and certain giant name sales happened to be in millions. Beeple’s compilation artwork, sold for $69 million, is the most expensive NFT ever sold. One can estimate, that with such a huge amount a person can purchase the world’s most luxurious places without giving a second thought. Keeping in mind, these two areas together their mainstream adoption is not hard to imagine.

In the words of Arrington,

“I mean, if this process goes smoothly, and the transfer occurs, and the governments don’t come in and blow it up – which we’re fairly confident is what’s going to happen – then okay, precedent for this to be done at scale, and there are properties willing and able to do that.”

FUTURE OF PROPERTY AS NFT

Propy is planning on selling more properties using a similar method, after the success of this deal, and this time they are aiming to sell the properties in the US. According to Karayaneva they have almost thirty properties that have already applied to be sold as NFTs. But their auction will be decided only after witnessing their demand and for this purpose, they need more and more acceptance and understanding of the process.